The Birch at 51 Washington

The Birch at 51 Washington is a five-story luxury residential community in Conshohocken, Pennsylvania. With five stories of wood-frame construction over a two-level post-tension cast-in-place garage, the community features 304 units, amenities, and 366 parking spaces. Because of its location beside the Schuylkill River, the community includes flood vents and deployable flood barriers on the lower parking level as it sits in the floodplain. In addition, the team installed rammed aggregate piers which act as underground stone pillars to increase the density and bearing capacity of the building pad. The two light wells in the structure provide light to interior units as well as the outdoor amenities, such as a pool and several landscaped gardens. In addition, the community features a dog park, fitness center, pet spa, and virtual golf simulator. Located just outside of Philadelphia, The Birch at 51 Washington is a transit-oriented community with direct access to the SEPTA Conshohocken station and surrounding retail and restaurant options, such as Conshohocken Brewing Company and Flanigan's Boathouse.

Navigated an incredibly tight setting with the Schuylkill river to the South, an elevated bridge to the East, a train station to the North, and another active multifamily project site to the West. 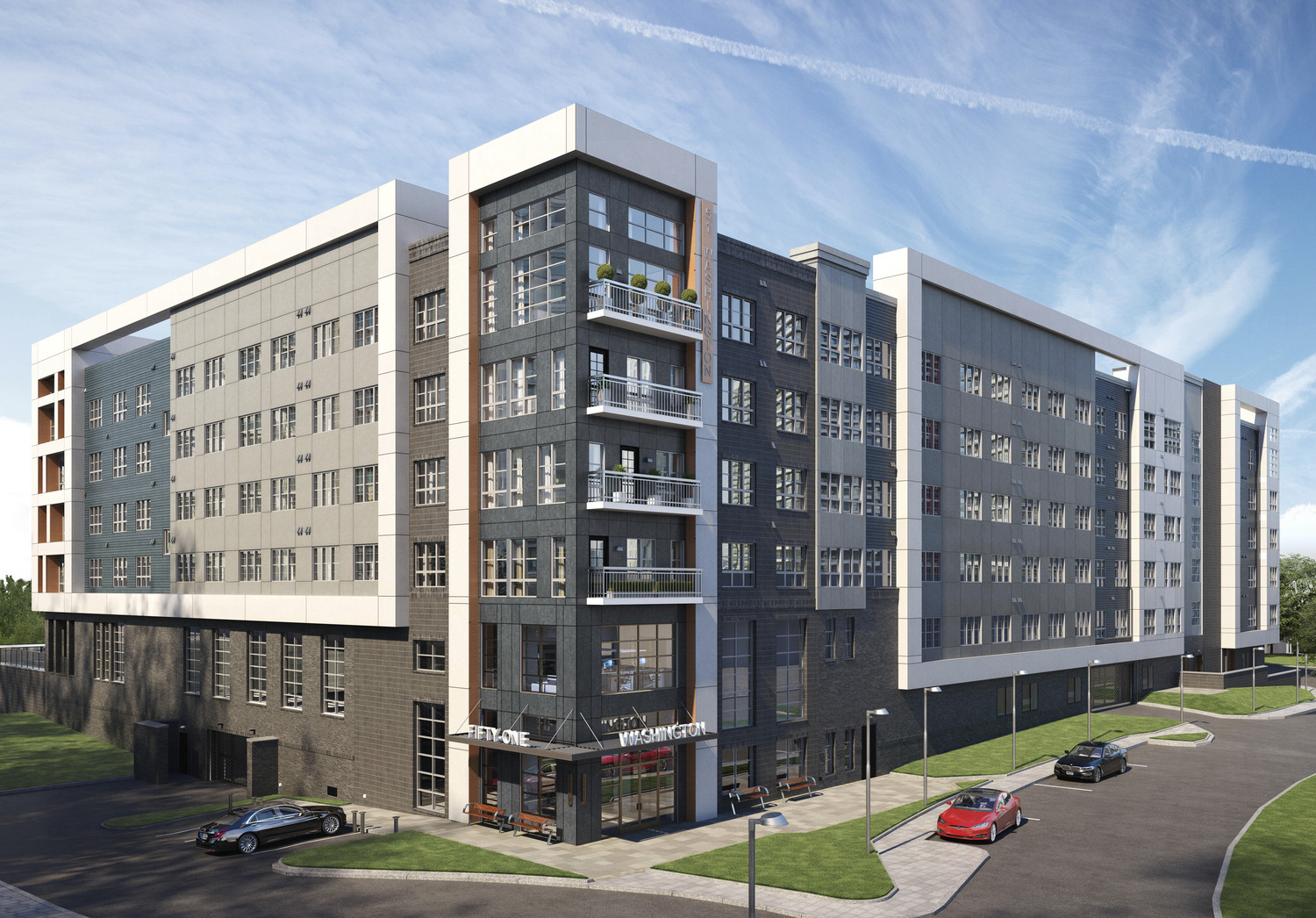 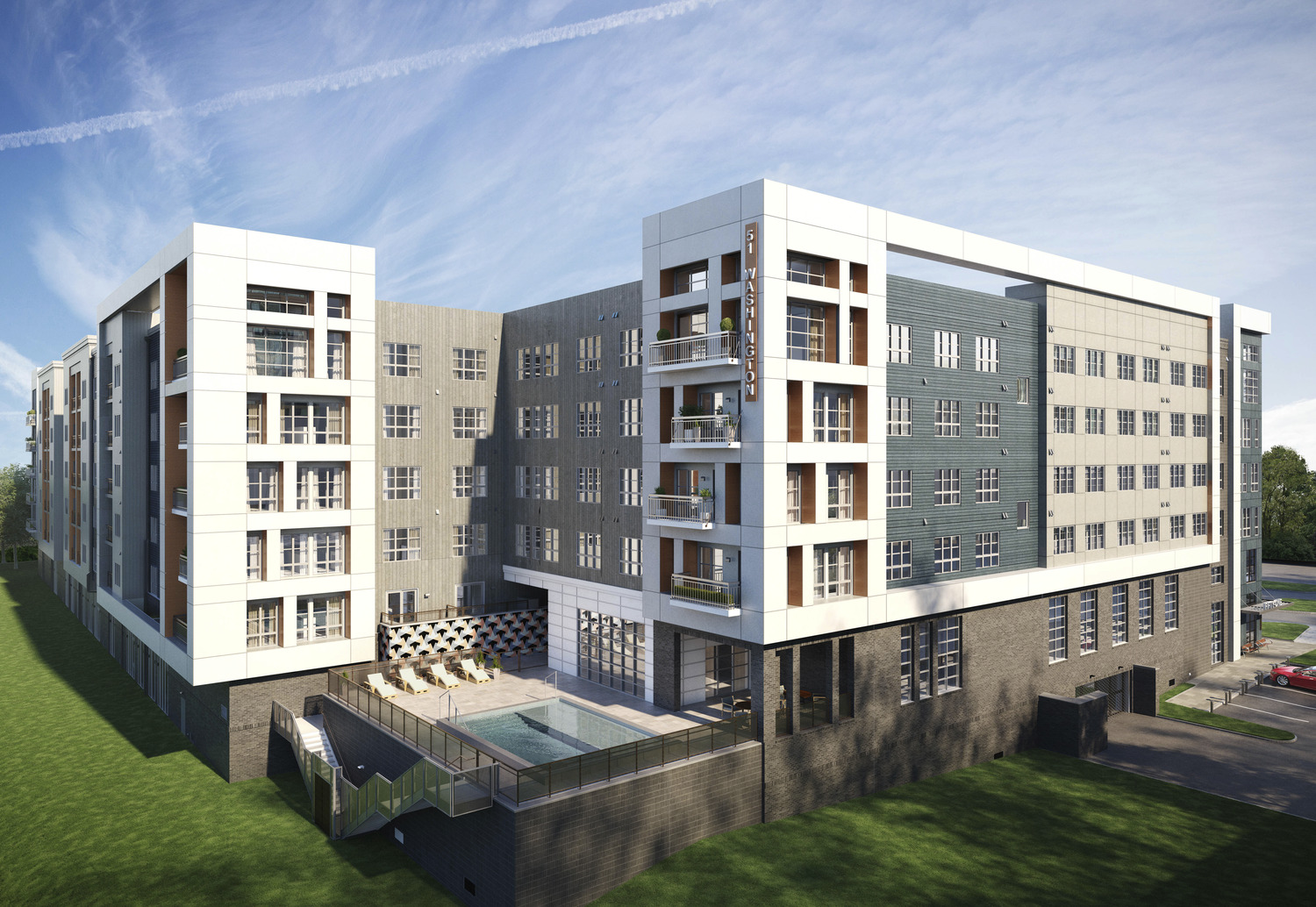 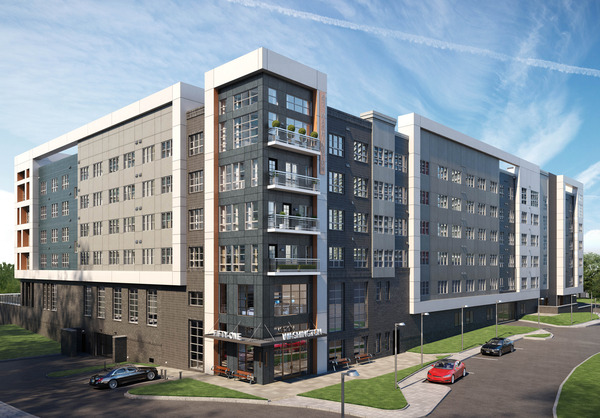 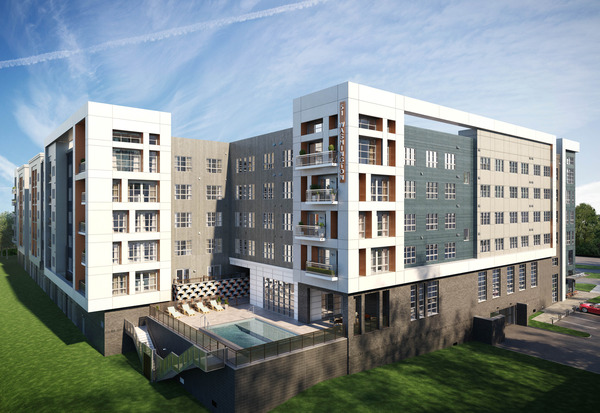 related projects
related projects
Building Green at The Birch at 51 Washington
The Birch at 51 Washington features EnergyStar® appliances in each apartment and permeable pavers to better keep stormwater on site and replenish the rainwater basin. Encouraging sustainable transportation, the project includes a bike storage and repair area, electric vehicle charging stations, and capital improvements to the SEPTA Conshohocken station directly across the street to improving the community's access to public transit. In addition, the project is located on the eastern shore of the Schuylkill River and near the Conshohocken River Trail.