All media inquiries
should be directed to
media@cbgbc.com.

Multifamily Design+Construction's feature on Prescient outlines the founding of the company and how CBG is helping it change the construction industry. With more than a million square feet of Prescient-framed work completed or under construction plus another million in the works, CBG is building the largest Prescient project to date with UC Davis West Village and the tallest to date with Generation Atlanta. Below is an excerpt from the article on CBG's involvement. Read the full article here. 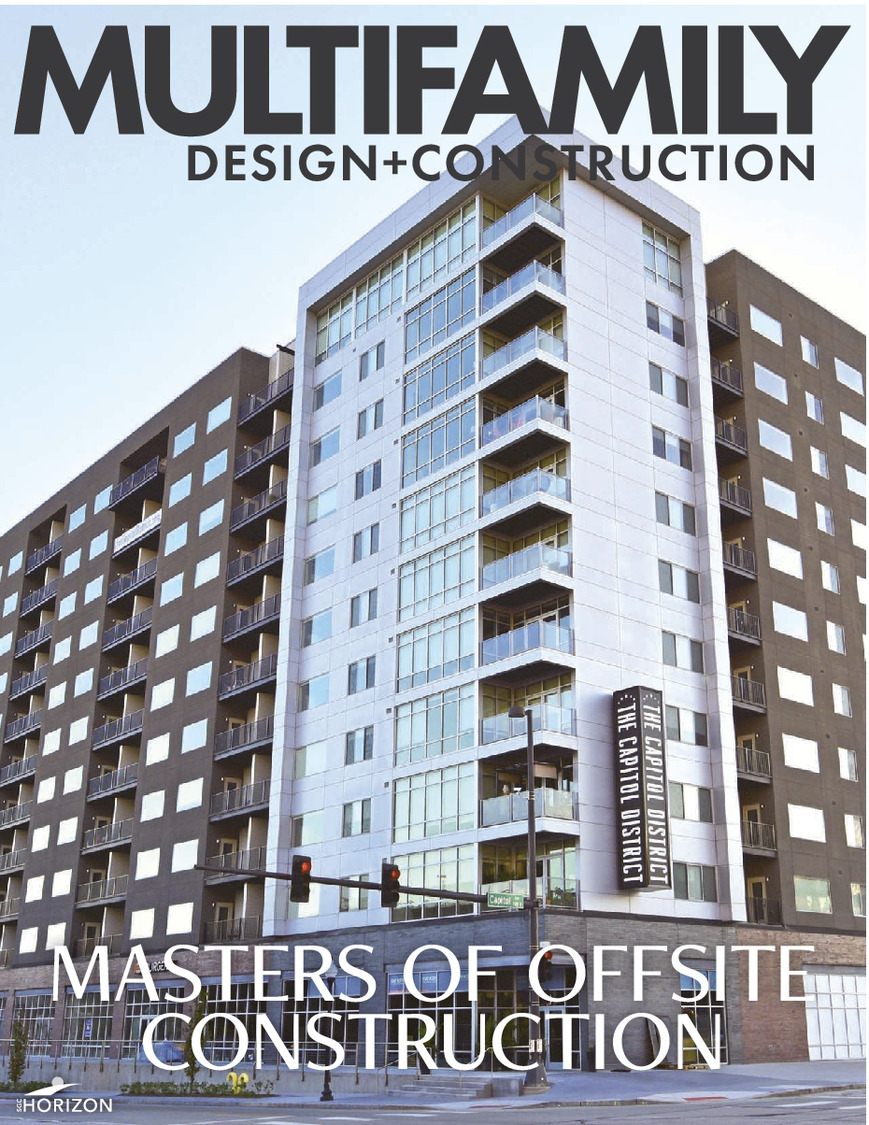 An Excerpt from Robert Cassidy, Editor of Multifamily Design+Construction Two years of due diligence went into CBG Building Company's decision to go with Prescient.

"Our research showed they were years ahead of everyone else," said CBG Senior Vice President Chris Hirst. "We were attracted by the CAD-to-CAM nature of their manufacturing and the fact that we could use them from low-rise to high-rise and from slab-on-grade to podium."

Hirst described CBG as "a fairly conservative company-most of our clients are, too." But the firm became a Prescient pioneer, completing Uncommon Tampa, a 161-unit off-campus student residence near the University of South Florida, in 12 months. "It was 90% occupied within weeks of turnover," said Hirst. Since then, CBG has led the way for Prescient in California, Kansas, and several other states.

CBG currently has more than a million square feet of Prescient-framed work completed or under construction, plus another million in the works for a mammoth 3,300-bed student housing initiative at the University of California, Davis. Hirst is the only "outside" member of Prescient's in-house product development think tank.

"We're helping them make continuous improvements in all aspects of their system," he said. Such was the case with Prescient's original decking system. "It used a heavy, brittle cementitious board that passed code, but it wasn't very user friendly," said Hirst.

In response to CBG input, Prescient's engineers developed a metal deck that's flat on top and corrugated on the bottom. Unlike traditional metal decking, trades can work on top of the new decking until after the drywall is installed, at which time gypsum underlayment is poured. CBG is using the new metal decking on the 17-story Generation Atlanta, the tallest Prescient structure to date.

"It's lighter and faster to install than the old system," said Hirst. "We've incorporated a spray-applied fluid membrane to achieve a mid-level dry-in, which allows the trades to advance the rough-in well before the framing has topped out."

Prescient recently upgraded its system-at CBG's request-to allow additional space for mechanical ductwork to conform to California codes. "Because it's a holistic system you can work the MEP lines through without any clashes," said Hirst. "New technology, even when it comes with bumps and bruises, is what we deal with every day," said Hirst. "As engineer, manufacturer, and installer of the superstructure, Prescient focuses on a turnkey frame, so we can put our superintendents and project managers back in their correct role, as orchestrators for the project."

Through a relentless pursuit of innovation, a steadfast commitment to quality, and active collaboration with clients, CBG has been delivering award-winning communities from coast to coast for more than 20 years. CBG's professional construction team builds more than 4,000 homes each year, providing high-quality, responsive service backed by a significant bonding capacity and national resources. CBG's experience spans a diverse portfolio of geographic areas and product types, including luxury, mixed-use, and affordable housing apartments, as well as campus housing, military family communities, and senior living facilities. Together, we draw on the knowledge gained through building more than 88,000 housing units since 1999. For more information, visit www.cbgbuildingcompany.com.

At the forefront of change, Prescient's digital design-build system is revolutionizing the building environment and increasing ROI across the entire development, construction and operating value chain. It creates an efficient, integrated, and transparent approach for advanced professionals who plan, design, and build multifamily housing and hospitality structures. Requiring significantly less labor and a fraction of the time needed by traditional construction, real-time information streamlines project management, supports meaningful collaboration between all disciplines, mitigates risk, and achieves new levels of safety. Prescient continues to innovate across its integrated software and hardware platforms to address more customer pain points and drive further industrialization of the construction industry. For more information, visit www.prescientco.com.