All media inquiries
should be directed to
media@cbgbc.com. 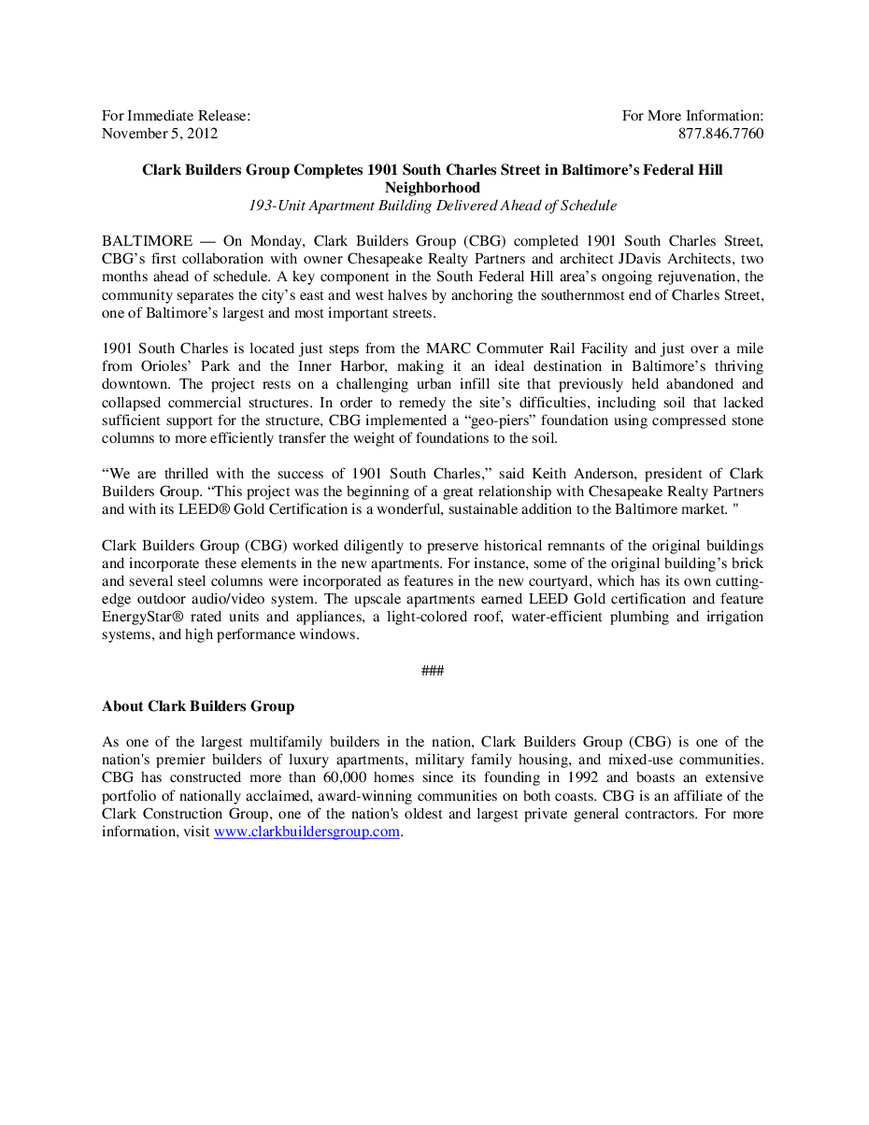 1901 South Charles is located just steps from the MARC Commuter Rail Facility and just over a mile from Orioles' Park and the Inner Harbor, making it an ideal destination in Baltimore's thriving downtown. The project rests on a challenging urban infill site that previously held abandoned and collapsed commercial structures. In order to remedy the site's difficulties, including soil that lacked sufficient support for the structure, CBG implemented a "geo-piers" foundation using compressed stone columns to more efficiently transfer the weight of foundations to the soil.

"We are thrilled with the success of 1901 South Charles," said Keith Anderson, president of Clark Builders Group. "This project was the beginning of a great relationship with Chesapeake Realty Partners and with its LEED Gold certification is a wonderful, sustainable addition to the Baltimore market."

As one of the largest multifamily builders in the nation, Clark Builders Group (CBG) is one of the nation's premier builders of luxury apartments, military family housing, and mixed-use communities. CBG has constructed more than 60,000 homes since its founding in 1992 and boasts an extensive portfolio of nationally acclaimed, award-winning communities on both coasts. CBG is an affiliate of the Clark Construction Group, one of the nation's oldest and largest private general contractors. For more information, visit www.clarkbuildersgroup.com